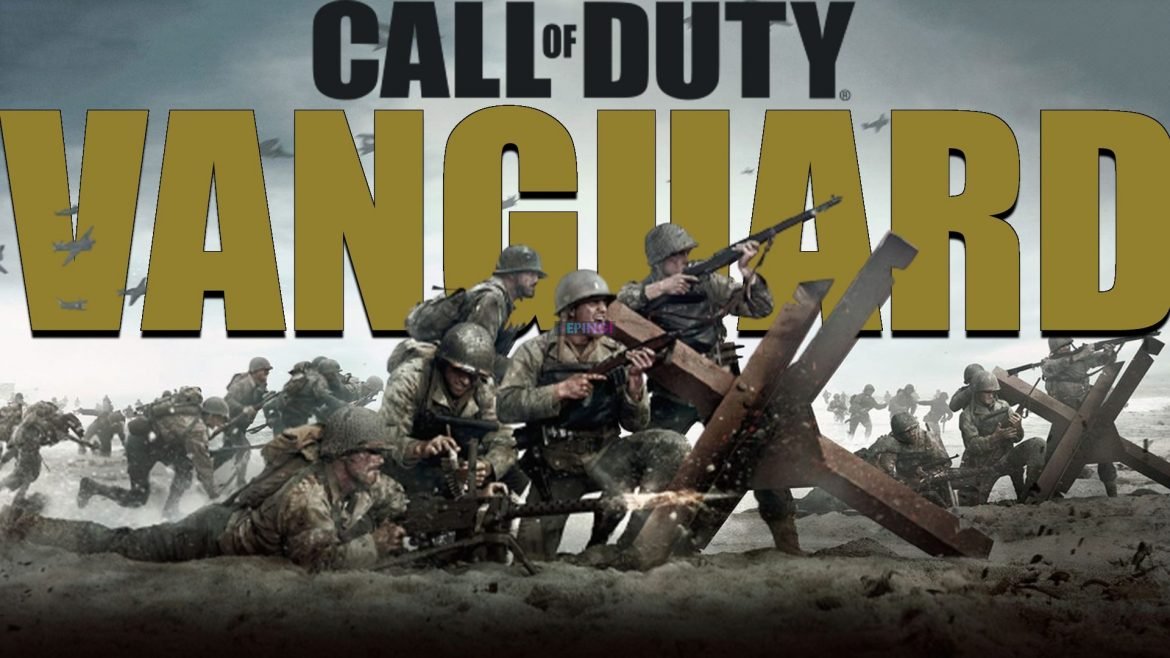 Relive World War II through a new perspective and presentation in the latest Call of Duty installment. World War II seems to be the background in a shooting game that gamers have visited many times. Called that many people are “bored” when they hear the word World War II shooting games and when Call of Duty: Vanguard, the newest installment of the popular shooter series, announced that it will use World War II. Two are the main “themes” in this installment, causing many gamers to worry that the game may not offer anything new or have something interesting to show off for gamers to see.

But from behind-the-scenes talks and gameplay reveals that Activision and the developer Sledgehammer’s team have been meeting openly with us, it’s revealed that Call of Duty: Vanguard has a lot to offer. A typical World War II shooter, and from what we’ve seen, we can believe that Vanguard is another installment that Call of Duty fans shouldn’t overlook right now. 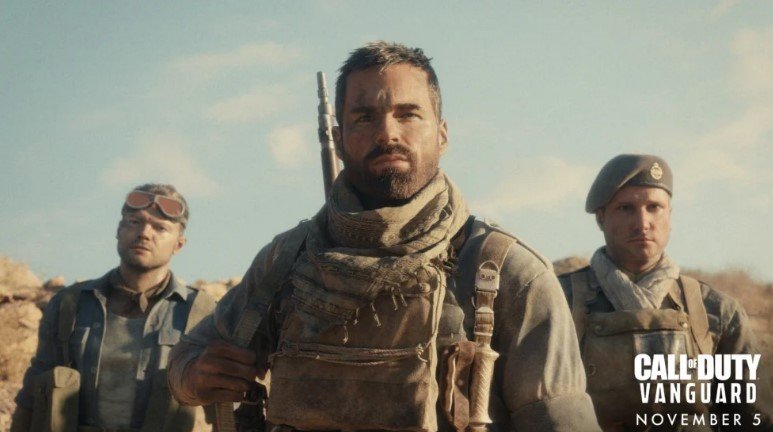 The fire of war spread all over the world.

Let’s start with the basics of Call of Duty: Vanguard, as we said above. The game will be set against World War II as a backdrop. However, Vanguard will offer a whole new kind of content, making it an unprecedented world war shooter. Although the game is based on real history, the content in the game does not simulate the actual events. And the game wears the mood of “fantasy” into the presentation part.

Check this Too: How to Play Call of Duty Black Ops Cold War the right way

The first highlight of this installment is that it takes us to explore the events of the major battlefields of World War II across all fronts. Unlike other shooting games of the past that tend to take the same genre of content as the core. Players will experience events across all fronts through the four main characters that drive the main content of Vanguard.

The second highlight is that the story mode story is related to the establishment. “Special Forces” with our four protagonist members. The goal of this task force is to stop a secret Nazi scheme hoping to return to victory at the end of the war. 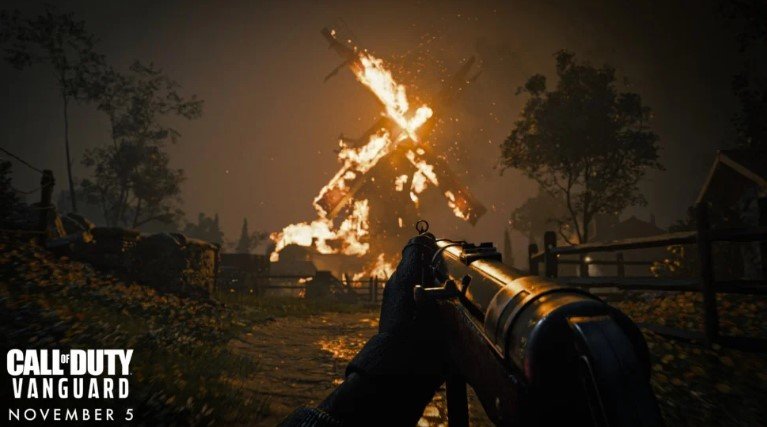 We’ve seen a gameplay footage of the campaign mission that takes us on a parachuting mission behind enemy lines by British Army Parachutist Arthur Kingsley. The game offers exciting scenes from the moment the story opens and gives the feel of a familiar Call of Duty game. with the image of a fierce battle that plasters the night sky into red

Vanguard’s graphics are stunning with detailed textures and shading simulation technology. The game will use the same engine power as the game in the Modern Warfare Remake, making the visual work called a jump back to modern standards after many people were disappointed in the graphics of Black Ops Cold War when last year

The combat in the demo is much more intense and feels more intense than Call of Duty’s other titles. We’ve seen Kingsley fight and try to escape the fierce Nazi soldiers. The obvious highlight is the simple UI look with no details to obscure the emotions of the players. And the thrust, as well as the animation of the guns in this sector, are simulated to look more powerful than ever. In addition, some environments in the scene are clearly destroyed, wooden doors or partitions that enemies or we are hiding can be shot down. Adds the feeling of having to escape to survive to the next level.

Overall, the tone of the story mode is intense, down-to-earth, and gritty, unlike the later games where special forces battles rely on precision or fast-paced missions. Sledgehammer also explains that they wanted the “mood” of playing in this installment to be different from the previous installments, and players would feel the confusion and struggle for survival of the soldiers in the war. As for the length of the campaign mode, the team confirmed that Vanguard will be roughly the same length as other Call of Duty titles, and it has been confirmed that Vanguard’s content has nothing to do with previous titles. Team Sledgehammer like WWII, which was released in 2017, however.

It’s safe to say that anyone who is a fan of the movie-like post story mode will enjoy the experience Call of Duty: Vanguard has to offer this year. 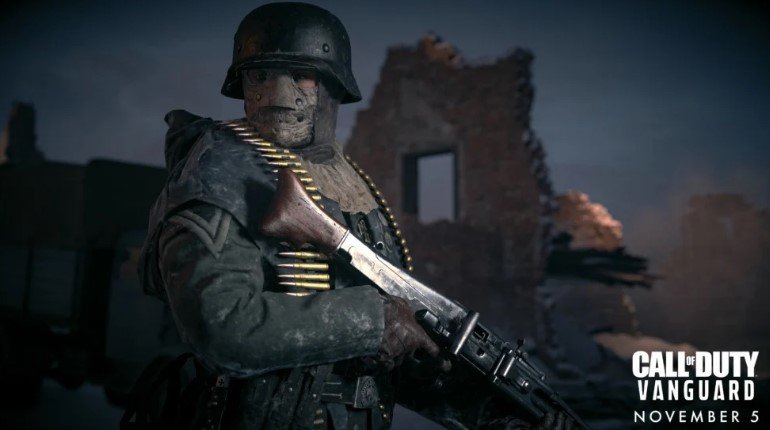 While the campaign mode takes us to the origin story of “Special Forces” on the Multiplayer side, it’s time for us to take on the role of special forces to fight with other players. In terms of gameplay, we’ve been confirmed that the iconic and unique Call of Duty system will continue to be picked up. Whether it’s a perk system or a kill streak system, the gunsmith system has been brought back to improve. In this sector, we will be able to customize the gun more thoroughly than before.

For Gun Play or shooting games, there are many improvements. The most obvious part is that the gun placement system in the scene or mount is back in this sector and has been revamped. The new system is called Moving mount, or moving between guns. The player attaches himself to a flat surface and moves around and shoots. Or attached to a vertical surface and can peek and shoot indirectly.

Another point that is likely to be a major change in the gameplay of Call of Duty is that the environment in this game can be partially destroyed, glass, wood, or some other material can be shot. It is destructible and gives players new avenues or techniques to attack enemies or capture targets.

As for the Multiplayer mode, it has been confirmed that in addition to the VS mode between the two teams in general. The game will return with a zombie mode, with Treyarch returning as moderators. Finally, Vanguard will be integrated into Warzone mode as well, as always, as always, new content updates and integrations with Warzone will be added alongside each mode. 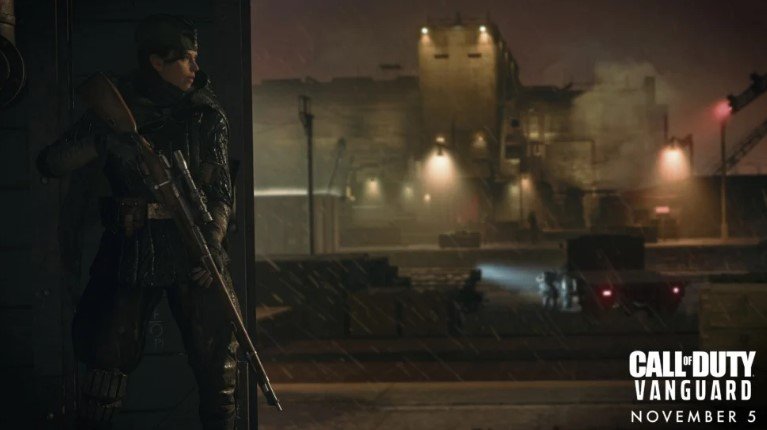 Another piece of information that surprised us a lot was the map. After the previous installments, the low number of maps was a point where the game fans “blame” a lot in the beginning. But this time, the team should see the problem. Loi will send a large set of maps on the first day of the game.

And finally, another information that many people would be happy about is the news of the anti-cheat system update. The game will be releasing a new anti-cheat update that will update both Multiplayer mode and Warzone mode on the first day Call of Duty Vanguard is released. At this point, no details have been released that will be improved in any part. But cheating is still a major problem with Warzone right now and I believe the team should be serious about upgrading the cheater defenses.

As for the other gameplay experience, the team promises that the game will deliver 60 FPS on all consoles, whether PS5/XSX|S or PS4 and XB1. Will be specially designed to use the various features of the controller as in the previous installments. 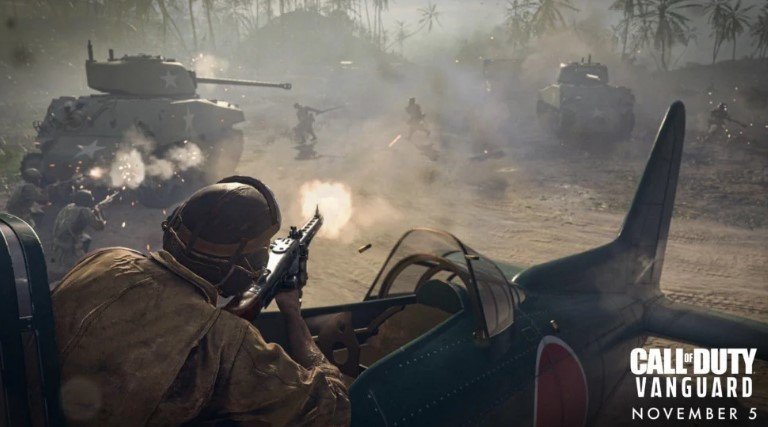 November 5, 2021 Gamers around the world prepare to experience Call of Duty: Vanguard

From what we’ve seen, Vanguard is an interesting development for Call of Duty, although the main theme of the game’s back to World War II may have made people less interested in the game. But in terms of gameplay and presentation changes, Vanguard has a lot to offer.

For those of you who are fans of Call of Duty, stay tuned for more details that we’ll bring to you next time.

The Witcher: Nightmare of the Wolf Review