This edition of the year’s flagship smartphone has seen all brands competing at the highest echelons of their technological prowess, battling to reign supreme for the best in class performance at the frontiers of smartphone innovation. However, despite Apple stealing the show this year with their flagship iPhone 12 Pro Max, the newest offering from Apple, amongst 3 other industry leading variants, this time, Apple has unlocked doors to industry-leading processing power within a mid-tier pricing offer in a slimmed down form-factor that can be effortlessly operated with one hand.

Featuring the iconic A14 bionic chip sporting a multi-core processor, the iPhone 12 Mini is powered by the same chip as its gargantuan smartphone kingpin sibling known as iPhone 12 Pro Max. Capable of a trillion operations that allow it to bring everything from games and pictures to life and a dual camera setup that rivals and even surpasses other smartphones within and above its price range. For $700, Apple has finally provided flagship performance at an entry-level price point that does not compromise on speed, performance, design and resilience.

Despite being called the iPhone 12 “mini”, Apple is still able to provide a large and immersive 5.4 inch Super Retina XDR display that boasts almost 500 pixels per inch, allowing it to offer more screen in a lesser form factor compared to most of its competitors within the same phone size.

Not only is it equipped to handle visual feats like recording and viewing 4K HDR videos and video games, but it is also equipped with the worlds fastest data transmission technology i.e 5G, making iPhone 12 Mini the smallest, thinest, and lightest 5G smartphone on the planet, and the first iPhone of this size and scale to host this many 5G signal bands. 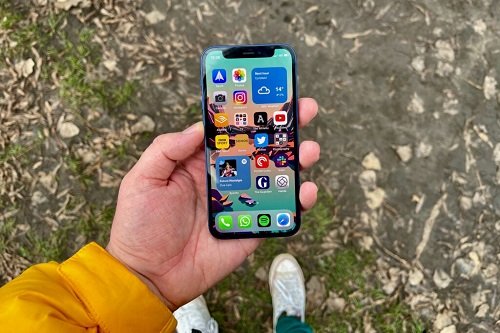 The smaller form factor is sealed in aerospace-grade aluminum edges that are capable of taking a hit and provides formidable reinforcement of its chassis, thereby allowing it to be water resistant up to 6 meters of water immersion for up to 30 minutes, thus affording it an IP67 rating. That’s not where the toughness of the iPhone 12 Mini ends, as it Apple touts to achieve the biggest leap in year-on-year improvement of its screen durability, making it four times stronger than its predecessors.

Featuring an innovative ceramic shield that takes phone screen toughness to a whole new benchmark, Apple has raised the durability of the iPhone’s display to the very best in class, making it the most durable display ever to be used in a smartphone, putting even the likes of well-known market names like Corning Gorilla Glass to shame. It’s the smallest armored knight money can buy at the moment.

With a phone this sleek in style and performance, it is only natural it comes in impressions to suit every person, and the iPhone 12 Mini goes on to offer five vibrant colour variants to choose from, including blue, green, white and a (PRODUCT) RED variant dedicated to charitable causes.

Everything a Smartphone Should Have, and More – but Smaller

As with all phone aiming at being introduced on a specific budget, there are trade-offs involved in order to balance value offering with the price tag. However, not only does it manage to offer the same flagship A14 bionic processing power and a high end camera setup, it allows for fancy utilities like Apples new Mag-safe feature that enables efficient wireless charging through magnetic charging base caps or even attach magnetically attachable accessories within the this lower price tag. It is essentially an iPhone 12 Pro without a 3rd camera and a big screen, and is virtually a one-handed user’s dream phone. 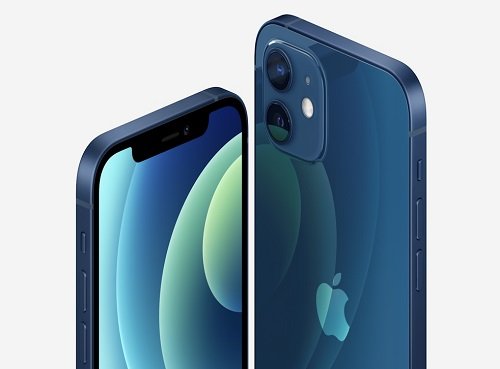 Perhaps the only noticeable trade-off within this cheaper alternative to the flagship iPhone 12 range is the battery life. The smaller form factor limits the size of the battery that can be housed inside the iPhone 12 Mini, thereby giving it an almost 7.5 hours worth of battery on its 2227 mAh capacity with 5G enabled.

Critics may be quick to fault Apple on iPhone 12 Mini’s battery life, but it is important to note that 5G is not even going to be globally common for at least the next 3-5 years, rendering its use to limited occasions, meaning the iPhone 12 Mini will last longer than 7.5 hours on 4G speeds and below.

Plus, for a $700/£520 smartphone to offer core features of a $1000/£750+ smartphone, alongside the luxury of shooting in 4K HDR Dolby Vision (which is something not even professional cameras, let alone smartphones can do), it really is the biggest bang you can get for your buck.