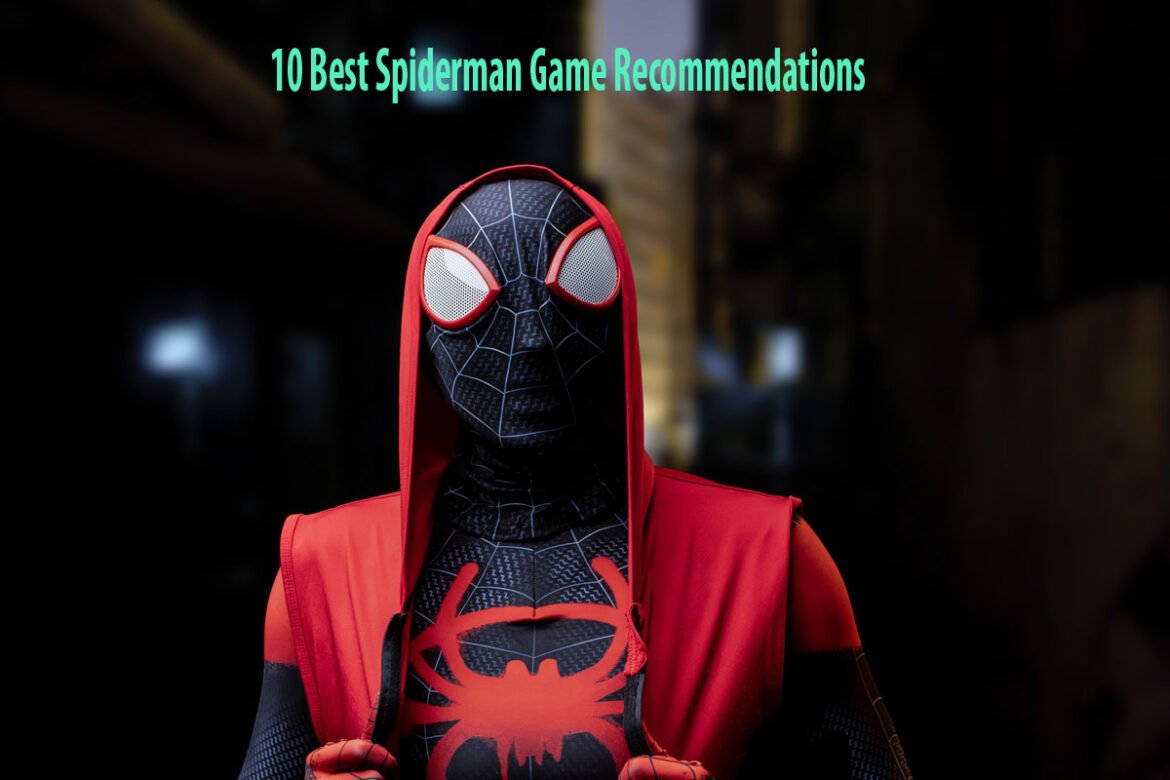 Marvel’s superhero comic franchise doesn’t need to be questioned anymore for its popularity. Various superhero and anti-hero characters have been born with their own uniqueness, strengths, and characteristics. If you ask the names of Marvel superheroes, surely many will mention the name Spider-Man (pronounced Spiderman).

The spider man is very popular among his fans, ranging from children, teenagers to adults. Various game titles have also been made based on the superhero Spider-Man.

The world of cinema has recently been shocked by the premiere trailer for Spider-Man: No Way Home . The presence of the trailer gave a lot of enthusiasm to many people, including myself, who had been waiting for the latest Spider-Man movie for a long time.

Because it’s the Spider-Man fever season, on this occasion LaptopArena will provide 10 recommendations for the best 2021 Spiderman games that you should play. These Spider-Man games do not only focus on the story, but also the gameplay or the fun of playing the game.

What are the best Spiderman game recommendations? Come on, let’s just start the discussion!

The first recommendation for the best game is titled Spider-Man, which was first released in 2000 on the Playstation and Game Boy Color platforms. This game was developed by the developer Neversoft and became the first Spider-Man game to provide the breadth of swinging gameplay in 3D.

The reason why the Spider-Man (2000) game can provide 3D features is because the developer Neversoft used the Tony Hawk Pro Skater game engine which was their mainstay game at that time. It turns out that by using the Tony Hawk game engine, Neversoft can make Spider-Man games full of action and freedom to fly swinging with their nets.

If you are interested, I recommend playing Spider-Man (2000) the Playstation 1 version because all the potential for the excitement of the game is on that platform.

The next recommendation is Spider-Man 2: Enter Electro , a direct sequel to Spider-Man (2000) . This game is no less successful than the prequel game, although it is considered that the duration of play is shorter than before.

The most striking new feature in this game is the existence of a level where Spidey can act on the surface and still be able to fly swinging with his net. In previous games, Spider-Man was limited to a level limit where Spidey flies or swings too low or through the fog under buildings, then it becomes Game Over.

This game is a feature enhancement from the previous Spider-Man game at the expense of playing time considering the limited size of the CD storage size and also the capabilities of the PS1 at that time.

The next best Spiderman game recommendation is Spider-Man 2 (2004). This game became a pioneer for the web-swinging system for the next Spider-Man game. In addition, this game is also the inspiration for many games in making open world games.

Spider-Man 2 (2004) is based on the story from the film Spider-Man 2 directed by Sam Raimi. With some additions to the story and enemies that Spidey must face such as Black Cat, Rhino and Shocker.

Spider-Man 2 (2004) was first released for PS2 and was also released for other gaming platforms such as PSP, GameCube, GameBot Advance, PC and others. I suggest you play the PS2 version because all the games are on that platform.

Game developer Treyarch has developed the gameplay features of Spider-Man 2 (2004) . The features they develop start from combo attacks, open world systems and also web-swinging which are important points in the Spider-Man game.

Although the graphics look cartoonish because they follow the style of the comics, it doesn’t become an obstacle for you to play this game. This game is no less exciting than other Spider-Man games, especially if you are a fan of the Spidey comics.

If you’ve ever seen a meme of Spider-Man grieving in a war behind him, it’s from the game Spider-Man: Web of Shadows . This game has an interesting feature because Spidey can choose friends to summon in battle.

That’s not the only thing that makes this game special. Spider-Man: Web of Shadows also features a reputation bar and multiple endings where the choice and reputation of Spidey in the game will affect the story and friends who will fight with him. This game is considered to have a fairly dark story compared to other Spider-Man games, especially in the anti-hero ending.

Since this game is released on many gaming platforms, I recommend you to play the PS3, Xbox 360, Nintendo Wii and PC version of Spider-Man: Web of Shadows . This version of the game on the gaming platform brings all the important features of the game that are not available on other platforms due to engine limitations.

If you liked the animated film Spider-Man: Into Spider-Verse , you’ll love this game. Spider-Man: Shattered Dimensions features 4 Spider-Man from various worlds, namely The Amazing Spider-Man, Spider-Man Noir, Spider-Man 2099 and Ultimate Spider-Man who can use and control the Symbiote costume.

Although this game made by Beenox developer focuses more on action adventure gameplay without an open world, Spider-Man: Shattered Dimensions presents a unique and different story and gameplay in each Spider-Man from various worlds.

I suggest you play a version of Spider-Man: Shattered Dimensions other than the Nintendo DS, because the platform is just an adaptation of the side-scrolling Brawler version.

The next recommendation is the sequel to Spider-Man: Shattered Dimensions , namely Spider-Man: Edge of Time . This game still uses gameplay features from the previous game and focuses more on Spider-Man 2099 and The Amazing Spider-Man.

This game presents a unique feature where the two Spideys are in a race against time so that the history of past changes does not affect the future where Spider-Man 2099 comes from. Although Spider-Man: Edge of Time is simpler than the previous game, this game presents a lot of Spidey action. in the face of his enemies.

The next best Spiderman game recommendation is The Amazing Spider-Man (2012) . This game is an adaptation of the film of the same name directed by Marc Webb.

This game features upgrades from previous Spider-Man games, ranging from combo attacks, an open world system and most importantly a more flexible web-swinging. So you will feel a Spider-Man game that is more exciting, not too stiff and has an exciting story as an alternate sequel to The Amazing Spider-Man movie (for those who don’t like the official sequel to the film).

And the best Spiderman game recommendation that you should play is Marvel’s Spider-Man . This game shows all the latest advanced gameplay features of an action adventure game.

In terms of gameplay, this Spider-Man game is more flexible than the previous games. The combo attack feature is also better and more exciting in defeating the enemy. Apart from that, the web swinging feature in this game is really a great improvement and is in line with what fans expect from a Spider-Man game.

The reason why I chose Marvel’s Spider-Man as the best Spiderman game recommendation compared to Miles Morales is because of the story. This game has a story that impressed me more, both from Spidey’s point of view, his impact as a superhero who will always be targeted by enemies and stories where his loved ones will get hurt.

That’s the recommendation for the best 2021 Spiderman game that you should play now. These games can be your entertainment while waiting for the screening of Spider-Man: No Way Home in Indonesian cinemas.