Home iPhone Blast Past Fast: Bringing iPhone to the Age of the Max
iPhoneMobile PhonesReviews

Blast Past Fast: Bringing iPhone to the Age of the Max

The newest entry from the trillion dollar smartphone manufacturer bolsters Apple’s smartphone lineup to a whole new level, with this year’s Apple flagship smartphone model called the iPhone 12 Pro Max truly living up to its name and overall hype leading up to its long awaited launch.

With an all new maxed out A14 bionic chip sporting a multi-core processor with a mammoth of a camera setup ever to surface any iPhone in history, and arguably any smartphone on the market, the newest entrant on the iPhone lineup promises to cement itself as the most dominant device in the industry and truly a force to be reckoned with. 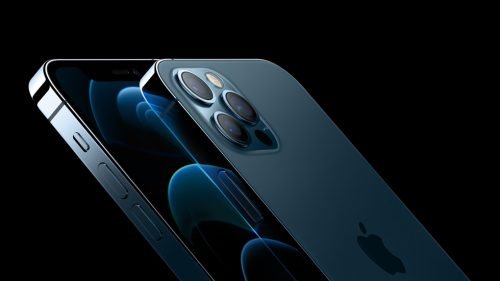 The iPhone 12 Pro Max sport a 6-core processor that is 50% faster than any other smartphone GPU or CPU at the time of writing this review, revving up to 16-neural engine cores that power the newly included ISP that allows the new iPhone to harness the power of Dolby Vision, a feat not achieved by any professional movie camera, let alone an actual smartphone in the market.

The phone itself is crafted in surgical grade stainless steel featuring alluringly glamorous finishes ranging from graphite black, gold, silver and pacific blue and makes one feel like they are not just holding a smartphone in their hand, they are holding a fashionable symbol of efficiency, sophistication and power.

Featuring an innovative ceramic shield that takes phone screen toughness to a whole new standard by taking it a step above previous industry leading standards like Corning Gorilla Glass, the iPhone 12 Pro Max is built from the bottom-up to mean some serious business, made to last the harshness of any kind of land or even the sea thanks to its IP68 rated water resistance.

Coming in at a whopping 6.7 inches of bezel-less Super Retina XDR Display, this iPhone features the largest display ever to be made on an Apple smartphone, giving the phone an almost an iPad-mini feel, yet being able to offer desktop class computational power. Enjoying beautiful HDR videos has never felt any better within the palm of your hands.

The Fastest and Most In-Depth Communication Systems on Smartphone 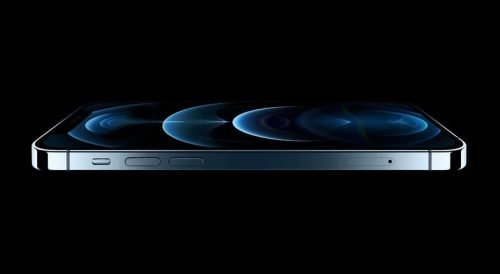 Geared for the future frontiers of wireless internet, the iPhone 12 Pro Max is not only equipped with the latest 5G, but features the most number of 5G bands ever in a smartphone, which automatically translates in to amazing signal coverage even where most phones may fail to receive any reception at all, all while ensuring its custom antennas specially designed for 5G performance on iPhone do what a phone is essentially supposed to do and do it best – making crisp and life-like phone calls with no compromise.

As if the iPhone 12 Pro Max already did not sound futuristic enough, it boasts an all-new LiDAR sensor, essentially putting Apple’s AI proprietary iPhone technology on steroids! The LiDAR sensor allows the iPhone to use AR in limitless ways.

It can analyse all objects in a room at stunning accuracy and recreate any imaginative scene as per the the scale of the room, or even see if your friend’s watch or shoes can fit you too, all from the comfort of your home. It is no wonder that NASA is developing the same technology intending to use for its Mars missions. 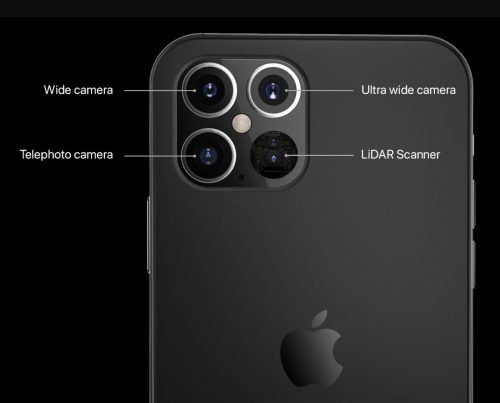 This is where the Max model from the iPhone 12 lineup truly outshines not just any other smartphone on the market, but also any other digital or professional camera on the market. A truly a sight to behold itself, the iPhone 12 Pro Max also captures such sights thanks to its 3-tier camera setup featuring up to 12x digital zoom using its DSLR standard telephoto lens that also gives any user the steady hands of a professional photographer thanks to Apple’s sensor-shift OIS. Powered exclusively by the magic of Dolby Vision, you now get to witness the best and brightest 4K HDR videos ever to be recorded by a smartphone in its league and beyond, giving you the same format used by cinema movie makers, which is also great for video making enthusiasts and even vlogging veterans who can not only record, but process, edit, and stream onto your Apple TV’s big screen an entire 4K HDR movie shot in Dolby Vision, all on your smartphone. Its like carrying a Hollywood studio in your own pocket.

The fact that despite all this astronomical power packed in to a robust and sleek design, the iPhone 12 Pro Max does the job for the long run, with its almost 11 hour battery time on 5G compared to its much bigger sized battery rivals like Samsung’s Note 20 Ultra offering just over an hour more even though the iPhone only has a 3687 mAh battery whereas the former is equipped with a huge 5000 mAh battery. Needless to say, this year is the year of the iPhone, with the iPhone 12 Pro Max leading the way.